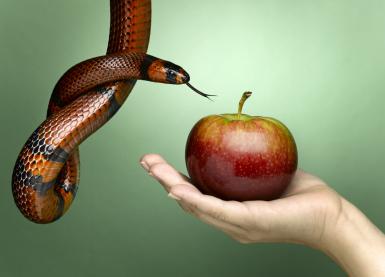 Did I mention that I used to live in China? If I haven’t already mentioned it, I used to live in China! It was one of the best experiences of my entire life. I was there for 2 years. I travelled as much as I could (not as much as I’d of liked!). I saw lots of amazing things during my stay, which I will write separate posts about. In the summer of 2013, I had never been happier. I was on cloud 9 despite all of the crap that was going on with the ex. I felt like I was floating around the city. Every day that I went to work, I walked in with a massive smile on my face. The days seemed to all mould into one. In a good way though, not a bad way. There were a copious amount of reasons that I felt this way. There’s quite a lot to write about so I’m going to make this topic into 3 separate posts. We shall start when I unexpectedly met the most perfect guy. This is the first time I will have talked about it in detail so I’m a bit nervous!

It was April. It was muggy and humid. I felt like one big sweat-ball. I had just returned from a business meeting in Shanghai and had flown home earlier that evening. My friend at the time, who was from Poland, had gone travelling to a small village in the province. She used couch surfing a lot on her travels and this time was no exception. This time, she’d met a guy who happened to be gay. It turned out that me and this guy had already spoken briefly a few months earlier but I didn’t know him. I didn’t know what he looked like or his name. I had just had about enough of the boyfriend at that point. Here I was at the age of 23, travelling to Shanghai on a business meeting to the head office of the biggest language school in the world, meeting with lots of managers from the different schools. Me! The guy who had never gotten any grades at school, never went to college or university but yet here I was, sat on comfy chairs in the tropical heat of Shanghai (there were free muffins and coffee too…..I stole a cup, I’m sorry!). He just shrugged his shoulders and went back to playing his computer games. So with that in mind, angry at him for not ever looking at me, speaking to me or acknowledging my presence, I decided to text my friend and tell her to bring this guy along with her. A bit of harmless window shopping can’t hurt right? What happened next nearly made me faint.

They both arrived at the coffee shop on time where I was already waiting for them (I went straight from work. The last place I wanted to be was at home alone!). The walked through the door and sat at my table. He introduced himself to me (No names on this blog remember, so he shall be known as ‘The Good Guy’). I met his eyes and instantly fell into them. I still can’t give a reason why I couldn’t stop staring at him. He wasn’t exactly the type I usually go for. In fact, he was quite the opposite. He was speaking to me and telling me about his trip with my friend and I just kept staring at him, taking in every word that he was saying. It felt like there was nobody else in the room except us. We must have sat in that coffee shop for about 3 hours, talking, laughing, comparing music tastes, which were, thankfully more-or-less the same! He made me laugh a lot and I was sad when they both said that they were leaving to go home as it was midnight. I walked home thinking about this guy that I’d just met. It was almost like a spell was put on me.

“Is this guy for real? He’s so nice and genuine. Nothing like what I’m used to.”

I got home to my empty apartment as the boyfriend was at a nightclub again and crawled into my cold bed. We had exchanged numbers that night. lying there in my empty bed, looking outside at the full moon in the sky, listening to the people outside drinking beer and playing drinking games below my apartment block, I suddenly found myself texting him and asking what he was doing. He was walking around a park. Apparently he couldn’t sleep. Neither could I. I just wanted to talk to someone. All of a sudden, I was on my bike, on my way to meet him at the lake. The lake in the city I was living in was beautiful at night. It was lit up by the surrounding nightclubs and LED lights surrounding the whole thing. The full moon that night illuminated the lake and gave it a silver sheen. I met him there and we sat down to talk. We talked about his past relationships and my current relationship. It was clear that he thought that I should leave my boyfriend, just as everyone else thought, however I wasn’t ready to give up on him yet. We sat at that lake for a long time just getting to know each other. He took me to a grassy patch and showed me where his friend had gone to bury her dog. We walked around and chatted. I felt like I could have chatted to him for days. I didn’t want to go home. Unfortunately I had to go home as it was 4am and I had work the following morning at 8am. I got home to find the boyfriend lying in bed playing games on his phone. He didn’t even ask where I’d been until such a late time at night. I poured myself into bed and closed my eyes. I had the best night’s sleep that night, even if it was only for 3 hours.

As the weeks went on, I spent more and more time with this guy and less time obsessing about my failed relationship. I had just put all thoughts about it on hold. I know that’s wrong but at that point in time, I just didn’t care. Go to the bar, whatever. I was having so much fun with this guy that I didn’t care. We went to karaoke bars a lot. A karaoke bar in china is one of the most bizarre things you will ever see. You go there and rent your own room, sprinkled with flashing lights and comfy chairs, multiple microphones and a computer where you can pick the songs that you want to sing. It’s basically your own mini, private concert for your friends! The best part is, it only cost me about £10 and I could stay until 5am, which we always did. That was great. I could shut away from the world with this guy and sing my heart out all night. I’ve never had so much fun in my life! He had the most amazing singing voice. For the record, he sings Westlife’s version of ‘Home’ very well! We would go for rides on my electric bike, cook, sing and take late night walks in the park together. I even introduced him to my friends, who he would see on a regular basis with me.  We went traveling with my friends around the province we were living in (see part 2 of my post when I eventually post it!

In the June of that year, my boyfriend went to England to visit friends and family. The same visit to England that would eventually destroy our relationship. I knew what was going on with him as I was looking at his Skype account and seeing that he had been adding guys, using the webcam with them and who knows whatever else. I invited the good guy to my apartment, which is where he stayed for the majority of the time that my boyfriend was away. Nothing happened between us, but the temptation was definitely there.  I really didn’t want my boyfriend to come home. However, he was coming home and it was soon. I made the decision to leave him when he got back so that I could be with the good guy. My plan was that when he got off the plane, I’d meet him at the airport and talk to him when we got home, tell him that I knew what he had been doing. Tell him that I wasn’t angry and tell him that I was leaving him for somebody else. That was my plan. It did not turn out that way. He returned home and convinced me that he was going to change. I suddenly had a choice to make. I had two options:

Which option did I take? The first one. Big Mistake.

I knew as soon as I told the good guy what my decision was that it was the wrong one. Inside my head I was screaming at myself:

“What the fuck are you doing?! You IDIOT!”

Still, I stuck to my guns.  After I told him what I’d decided, he stopped talking to me until he moved to America. I did not and still do not blame him for cutting me out. My god, even now, writing this, I still want to travel back in time and punch myself in the face for being so inconsiderate! That was the one time of my life I have been utterly ashamed of myself! We didn’t speak for months. It felt like torture. I couldn’t contact him and he wasn’t contacting me. I had a lot of anger at myself and at my boyfriend at that point. Deep down though, I always knew that I’d speak to him again one day. I had to let it go. I had to move on, accept that I had made a mistake and learn to not do it ever again.

Bizarrely, the day after my boyfriend broke up with me, I received a message from the good guy while I was laying on the bed in that tiny hotel room, waiting to die. I couldn’t believe it! We started chatting again and it felt great. However, this time there was one big difference. This time I didn’t feel the same way about him. I didn’t feel like I wanted to be with him. This time, I was so thankful that I could still have a friend in him. It really brightened my day.

To this day, he still remains one of my closest friends. I know that he is reading this now so I would just like to say thankyou! Thankyou for always being there to tell me when I’m doing too many ‘duck face’ pictures and when my Chinese is wrong. One day this good guy will make someone a great husband. Its friends like him that keep you going through the bad times and shout at you when you need motivation.

Do you have a friend like this? Call them and tell them that you love them. Do it now.

One thought on “My summer of Temptation, electric bikes and my love affair with “Heaven on Earth”. Part One – The Good Guy.”