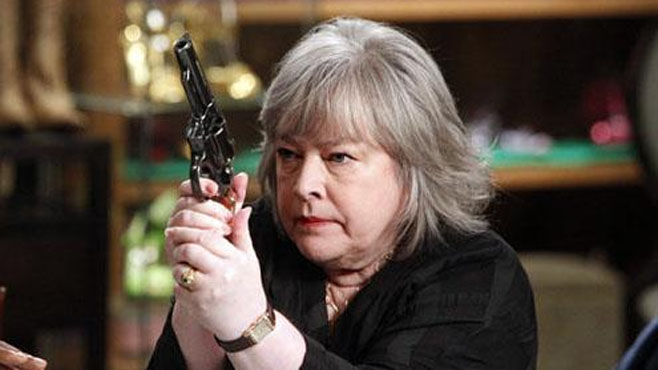 Some time ago, I asked you, the readers, to send me your story if you were willing to share your experiences with the world. I am amazed at how much feedback I have received after writing that post. There are a few stories that I would like to share. Some of which I’m still trying to write up and ‘de-name’. I have copied and pasted the email that I was sent for you to read. My thoughts afterwards. Like I’ve said before, I do not ever post names or places in my blog. I received this email last night at 1:30 am:

“I’ve been meaning to write to you an email for some time. I think a little part of me has wanted to be asked for this story for a long time. I think my lowest ever point was February 29th 2012. I hadn’t been working for a few months, which meant that I hadn’t seen any close friends in a while as most of them live outside the area I live in. I was in a really unhappy relationship .If you ask anyone about the guy I spent 8 years of my life with, they always say things like:

“You seemed so happy.”

“He seemed so nice.”

All I can say is that behind the gentle, polite facade and the expensive birthday presents, the whole ‘relationship’ was about control for him. It sounds so completely stupid (and impossible to understand, even to myself) but I didn’t think it was like that at the time. It’s only looking back that I realise how lost I really became. I couldn’t be myself or do the things I wanted to do. I would fail to hold onto friendships, jobs and dreams as he so subtly controlled how I felt and would know just the right way to destroy my confidence. I honestly believed (and think there’s still little parts of me that still do) that everything I was feeling was my own fault and that it was my own unhappiness and depression to blame. Now that I see things clearer, I have realised that I only ever felt that low when he was around. I was fine on my own.

Then there was the physical abuse. As far as that goes, in an 8 year relationship, there weren’t that many times that it happened. If I had to guess, then I would say that it happened maybe less than 20 times in the whole relationship. It didn’t need to be lots of times that it happened as by now, at this point, I was so scared of having my own personal opinion or to disagree with him as I feared that he would lash out on me again. The first time he abused me was definitely the worst. On this occasion, after he’d done it, I tried to walk away from the situation. He responded by picking up a knife and putting it through his own hand to make me stay. I stayed.

There were times, over the years that were really good. I think that’s probably what kept me there. However, it was like living with a walking time bomb, waiting for it to explode at any moment. We would be laughing and having a great time when all of a sudden, he’d flip out over nothing. It took a lot for me to realise that I needed to get out of this relationship. Something eventually happened that made me feel like I was now unsafe around my partner. He sexually assaulted me while I was passed out drunk. It took a while to piece it together and allow myself to think of it. I then realised that he had no right over my body or to be violent towards me, regardless of what I might ever do or say.

I woke up on that fateful day and said to myself that I had nothing left. I had no identity of my own remaining I have to be honest at this point and admit that I felt like I literally had nothing left to live for anymore. This train of thought is what eventually saved me from myself. This is also the reason that I am sat here today in my beautiful attic room with a totally different life. I had nothing left to lose.  I started to write down all of the things that I wanted to achieve in my life and what I wanted to change. I set myself a six week time limit to do the things I had to do to move in the right direction, even if it was just doing one thing on my list each day like making sure I went outside for a run or doing something creative. In the six months that followed that day, my creativity zoomed and I started painting and drawing like never before. I made my own dress on the sewing machine, stencilled t-shirts and made gifts for people. I changed and blossomed. Finally! After I ended it with him, he spiked my drink with a low level of LSD and tried to convince me that I was going insane and that I needed him. Another reason not to be with him anymore.  I now felt brave enough to not back down to him being a bully. I got a new job and a new room to live in. None of it has been straight forward or easy. I still did it though. It makes me believe that nothing is ever final or ruined by taking a wrong turn in life. I don’t regret anything because I believe that I was meant to experience certain things at certain times. As dark and low as some things have been in my life, I’ve had some really good experiences too. I interailed around Europe and I’ve been to a huge amount of gigs. I’ve been lucky enough to meet a big group of friends from many different countries. Those people have made a huge difference in my life. I know that when I am alone or sad at night, I play my music and it brings me back to the good times I’ve had with them. There is always a spark of hope for something bigger and brighter around the corner, no matter how bad that moment feels at the time.

Feel free to use as much or as little of this as you want. I’m trying to get out of the habit of hiding what happened in the relationship as I sometimes still find it hard to 100% accept that it wasn’t all my fault that these things happened. I’d love for you to use my story, as I think that in sharing it, I can heal a little bit more. Thankyou for sharing everything you have on your blog. I’ve been reading it here and there when I get the time. It’s a really good idea. I think creativity outweighs all of the horrible feelings that we know too well.”

I read this email in the early hours of the morning and had to go downstairs to make myself a coffee. I cried when I first read it. I can really relate to how this lady was feeling. Unfortunately, things like this happen to the nicest of people. For the record, if its once or ten times, abuse is not acceptable in any way, shape or form! I am so happy that she is now free from this awful period of her life.

When you stop and read it in depth, it’s clear that she has come on leaps and bounds from the life she used to lead. She left him and started again. Sometimes, having to start from scratch is the best blessing you can ever have. I know that she will agree with me when I say that starting again was the very best thing I have ever done. She is now free to live her life in any way that she wants. It’s such a breath of fresh air to receive this story. Thank you so very much for sharing with me. I hope this hits home with my readers. If you are reading this and going through the same thing, know that it will get better. This woman is living proof of that!
I have also just been informed that this post was published two years to the day that she ended the relationship! How uncanny! Everything happens for a reason!

If you would like to submit your story, please send me an email to mysinglelifeandi@gmail.com

As you can see, it’s anonymous and untraceable to you. 🙂