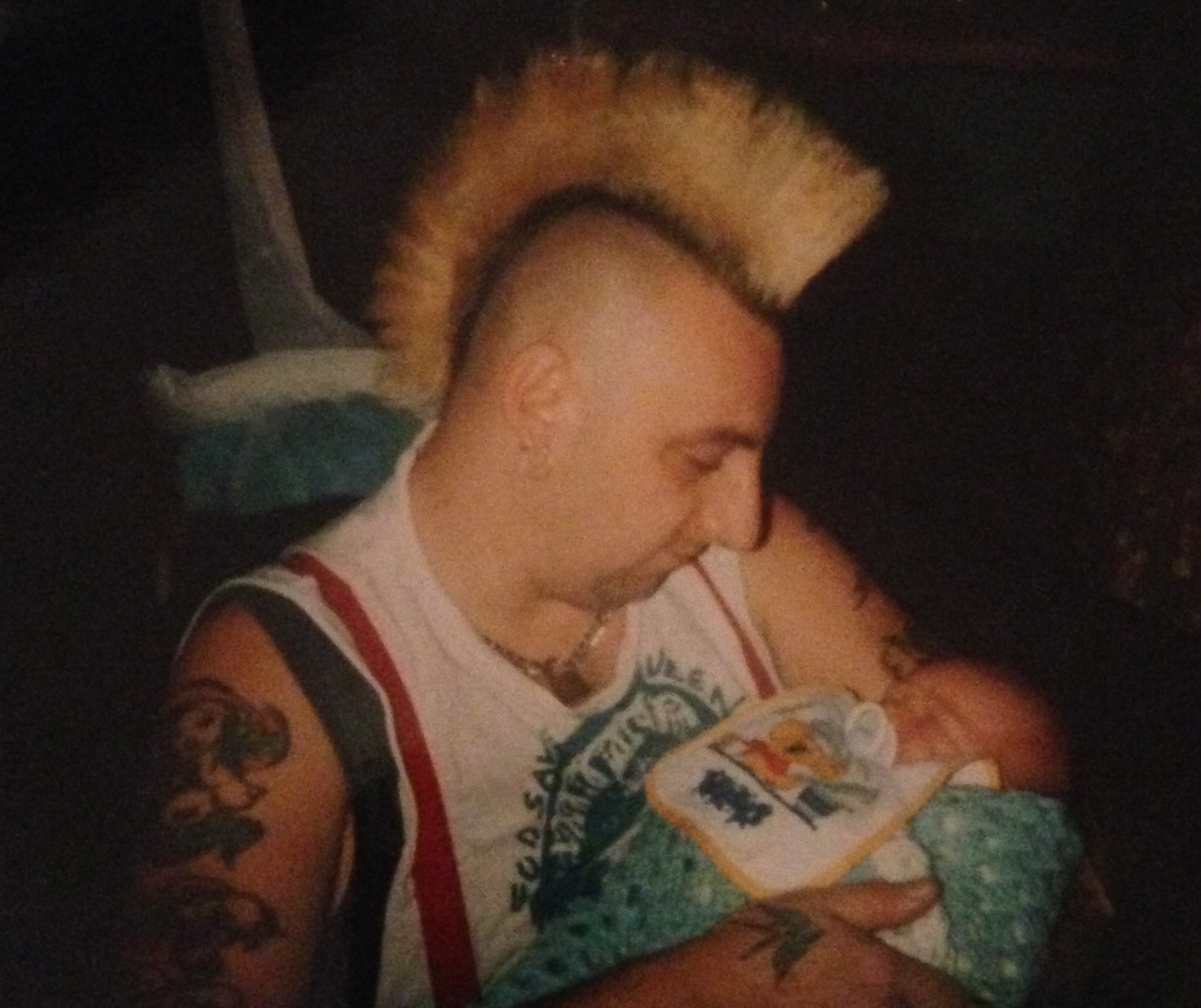 Today, I am sharing one of my most personal memoirs that I have carried for 14 years. I have been asked repeatedly to share his with you all. I must admit that at first, I didn’t want to do it, and declined to do so because it’s a part of me that I didn’t think should be broadcast all over the internet. However, after careful discussion, a constant barrage of requests and much consideration, I have decided to write it and share it with you, in the hopes that it can provide some sort of comfort to those who have recently or in the past, lost a loved one. Apologies to the impatient reader, but it’s a bit of a long one.

When I sat down to start this article, I really struggled with how to start it off. My father was such a character that even I find it hard to put him into words.

I grew up in the north-west of England in a town called Runcorn. My childhood was good. In fact, it was amazing. I couldn’t have asked for a better upbringing. There were always people in my house growing up. We never locked the doors. We didn’t need to. My parents have always been anything but normal. They were both punks and never lost the punk factor.  My dad, who stood at nearly 7 feet tall, had a massive Mohican stood on the top of his head which used to change colour every week. He had every colour of the spectrum on his hair. You could never keep up with him. As if the height and the hair wasn’t enough to make you stand back in awe, he was covered in tattoos and had a face FULL of piercings! Everything that could be pierced, was pierced. I remember watching him do his own body piercings as a child and being fascinated by it, apart from the time that we went to the newsagents to buy some milk and his lip piercing had gotten infected, thus leading to his bottom lip exploding all over the cashiers desk. I was petrified, as was the girl who was serving him (who might well be reading this now actually!).

For as tall as he was, my dad was a gentle giant. Everyone knew that he was approachable and wouldn’t hurt a fly, unless they hurt me or my mum. I remember as a child, when I was being picked on for something stupid (I can’t remember what now), he came outside and stood tall behind me. The kids, who were about 6 or 7 years older than me, all froze to the spot. They all stood there and apologized to me after realizing who I was and never bothered me again. The following week, my dad took them out on the back of his trike. That was one of the great things about my dad. He never held a grudge for a long time. You could make your mistake and he would forgive you if you saw sense of what you had done. That was just his nature

By the time I was 11, my dad had made 13 trikes. That was his livelihood. I’m talking about half of a motorbike and half of a car, joined together to make one big, mean machine, not the children’s version! We never had a car longer than a month. He would buy a second-hand car, and within a week or two, he would have cut it in half and welded it to a motorbike. That was normality for me. Cars were strange, trikes were the normal method of transportation. I remember once, on the way back from the swimming pool when I was in primary school, we were all on the coach on our way to school and everybody suddenly darted over to the left hand side of the bus. They were all talking about this cool car/bike thing with a man on it with brightly coloured hair and a woman with big, black spikey hair. I swelled with pride whilst broadcasting to them all that they were my parents.

Life was good and we were happy. My mum and dad were in love, still, after so long, and we were living in peace and harmony. In the summertime, we’d have barbeques for friends and family until the early hours of the morning. My mum was really into being creative, and is fantastic at what she does, which for the last ten years, has been a tattoo artist, but when I was little, she would make lots and lots of pottery. She made the most beautiful things every day. I still have some. My dad would either be in his garage knocking bits of metal together or in his beautiful garden which he loved to tend to when the weather was nice. I used to love flitting between the two of them, helping my mum paint her pottery, and then inspecting what my dad was doing. He did try to get me involved once by handing me a Tupperware full of old, oily nuts and bolts to sort out into size order. I took one look at the box, screamed and ran away. There was no way I was about to get my hands dirty. No way! Therein lies one of the first hints that I was going to come out as gay one day!

My dad always wanted a driveway. We had everything at the house that we lived in, apart from that, so when the opportunity to move to the end of our street, to a bigger house with a driveway came up, naturally, my parents jumped at the idea.

It was 29th November 2000 and we were moving house on that very day. I was 11 years old and at school in my P.E class. I remember it well. We were in the dining hall, dancing to a workout cassette that my teacher had brought in. I used to hate dance workouts at school. The routines were always so boring and rigid. Nothing like the likes of ‘Steps’ and ‘S Club 7’, which was all the rage back then! I remember my headmaster walking through the hall on his way to another classroom. My headmaster was always very nice to me. He always greeted me with a friendly smile and would always ask me how my day was going. This time, he sped through the hall and didn’t look me in the eye after I waved at him. He didn’t look up and kept on walking. I thought nothing of it. I thought that one of the kids must have stolen something from the library again and that’s why he looked dishelved. I finished my school day and was ready to go home. My parents always came together to pick me up from school, but not that day. I was taken into a classroom where some of the children went after school for a few hours as their parents were working late and couldn’t collect them on time. I was told that I was there as my parents weren’t back from shopping for new stuff for our new home yet.

I didn’t like being in that room. I wasn’t part of that crowd. It sounds silly now, but as a child, when you are put into a room with other kids that you don’t feel right with, all you want is your parents. The time came for the after-school club to finish and my parents were still nowhere to be seen. The lady who runs the club took me with her and her son, who is still one of my friends, to do his paper-round before then taking me back to her house. I was told that my parents knew where I was and that they were still out. As we drove back to her house, we drove past the new place. The lights were on.  I thought it was strange as mum and dad were still out. I started to feel on-edge. Something just didn’t add up.

I must have been at that lovely lady’s house for about an hour before there was a knock on the door. It was my mum’s best friend, who has been like my aunty for as long as I can remember. Her daughter is like my sister. I’ve known both of them for as long as I can remember and love them like they were my own blood. She was there to pick me up and take me home. I asked where my mum and dad were and she smiled and told me that she was taking me home. We walked the short journey back to my house and she had her arm around me. I walked down the garden path towards the house. All of the lights were on and there were lots of cars outside.

I walked in through the front door. I am not kidding when I say that inside that house, were most of the people I knew. I walked into the living room to find my mum stood in the middle of the room surrounded by a thousand people. They all parted like the Dead Sea when I walked into the room and it went silent. Where was my dad? My heart dropped to the bottom of my feet and I felt pain like I’d never felt before. A dark cloud brewed over my head as I found out that my dad, my knight in shining armour, my best friend, had died. After that, I blacked out. I don’t remember anything else about that night.