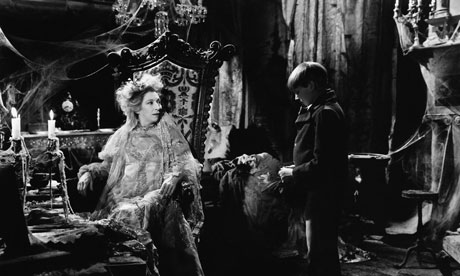 “Those who matter, don’t mind. Those who mind, don’t matter”

Facebook, Twitter, Instagram, Google+, Grindr, Tinder, Linkedin and every other social media app that is available to us are nothing short of phenomenal. You can catch up with friends near or far, meet new people, share embarrassing pictures from school and build up a profile worthy of being employed somewhere that isn’t in a factory screwing the caps on to tubes of toothpaste. The one thing that they all lack (apart from giving us the ability of leaving the house) is a “stop me from being an idiot” function.

I’ll admit that from time to time, I have been known to drop by an old flame’s social media to snoop around, but I haven’t done that in a long time. We’re going back a while now, but the last I saw, they were all doing exactly the same thing and there was nothing ground breaking to report which was totally fine, until I made the grave mistake of dropping by to snoop around the profile of a guy that I once dated.

We only dated for a very short time, and he was the one to end it (sorry ex-boyfriends, this one isn’t about you). I had always kept back a little bit of compassion for him, because I really liked him. I guess he was the one that got away. As much as I still kept my own secret soft spot for him, I never thought that I would really be affected if I ever saw him again, because you know, we’re all grown-ups here apparently.

Scrolling through his profile, there were the usual selfies that you’d expect from a man in his mid-twenties, the “bored at work” Snapchat screenshots and then something that blew my mind: A picture of him and his new boyfriend! Out of thin air, heart pumping and pulse racing, my eyes started to fill with tears and before I knew it, I was hysterical, sobbing into my coffee.

After a few minutes, my tear ducts dried up again and began to produce the dust that they always have done, so I straightened my imaginary crown and composed myself. Reflecting upon my spontaneous tear fuelled episode, I began to wonder: “Why is my whirlwind romance still making me cry when my relationship with Lucifer doesn’t produce indigestion, never mind a tear? This is what I think:

After my relationship ended in all of it’s catastrophic glory, I was convinced that the next guy that I met was going to be the one. I didn’t know much about dating back then at all. I think that after we go through something so horrible, we naturally expect that the next one is going to be better, because nothing can compare to the pain the previous hurt that we have experienced.

It turns out that ‘Date guy’ wasn’t who I thought he was, and that was the hardest thing to accept out of the whole thing. He wasn’t my knight in shining armour, he didn’t ride in on his steed and whisk me away from all of the bullshit that we are supposed to call normality and he certainly didn’t mean it when he said that he was here to stay. He slept with me for a while before getting bored and moving on to the next piece of meat that he could find on Grindr. You may call it “real life”, but I prefer to call it ‘F***wittage’.

Stalking an ex is never a good idea. Those who are in the past are there for a reason. Leave them there (unless they still have your stuff. In which case, send your best mate over for it, with a baseball bat).